This blog post outlines of how Hiller Measurements is (or in some cases, is planning to) implement “Quality at Speed” in the software organization, as well as a description of exactly what that means. Some of these ideas have come from various books over the years, others are my own. I’m not going to attribute all of them individually but let me know if you find something particularly brilliant and I’ll figure out which of the books it came from.

At Hiller, we have a driving statement: “Quality at Speed.” And, to be clear, it’s not just a statement – it’s an ethos. Now, we could spend the rest of this post explaining what exactly “Quality at Speed” means, describing Hiller Measurements Flow Control and discussing its benefits, but fortunately I’m not in marketing.

To define it generally, however, “We do not usurp process, but we expedite it and reduce cycle time across the development cycle.” For software, that means we always want to intelligently and intentionally define our processes such that that each stage has a specific purpose and objective. By identifying those, we can minimize the amount of wasted effort and focus on accomplishing high-value tasks more quickly.

Let’s dive in to discuss the key features of our process that enable this.

Pillars of “Quality at Speed” As It Applies to Software

Let me introduce the term “waterscrumfall.” I like this term. A lot. To be fair, it’s not generally considered a positive thing, and I accept that. But what I’m about to describe works very well for us, and “waterscrumfall” seems to be the most accurate description I can come up with.

I firmly believe in agile development, but there’s a lot of misconception around what agile is and isn’t. Instead of listing those misconceptions, I’ll quote The Agile Manifesto.

We are uncovering better ways of developing software by doing it and helping others do it. Through this work we have come to value:

Individuals and interactions over processes and tools

Responding to change over following a plan

© 2001-2019 Agile Manifesto Authors
This declaration may be freely copied in any form, but only in its entirety through this notice.

In our case, there is not only value on the unbolded items on the right in the manifesto, sometimes there are legally required mandates that they exist around these items. Does that make them more valuable? I’m not going to split that hair. What I will do is describe how we try to embrace the items on the left while still honoring those on the right.

The key to our process is understanding that for many projects, there are hard requirements and it is not easy (or sometimes even possible) to add/change/remove them mid-project. As such, we need rigid tools around ensuring requirements are met. Because of these requirements, we also have very specifically defined deliverables. Nearly every project has hundreds of checkboxes at the end to prove the requirements are all satisfied. There’s also a LOT of documentation involved.

The space in the middle, however, is generally ours (the software team’s) to use as needed. We choose to use an iterative approach, that maintains high software quality while incrementally adding or completing functionality. We will review it internally with the project manager, systems engineer, and others who are intimately familiar with the requirements to ensure we are implementing them as needed. When in doubt, we will not hesitate to reach out to the customer directly.

In the contract, we often have provisions that changing requirements will require formal actions such as issuing new bids and a myriad of other requirements, but we also do our best to take the customer’s preferences and concerns in to account. These “soft requirements” that emerge during development are typically easy fixes or changes of direction before significant effort is invested, and because we have a relationship with the customer that is built on trust, there is generally not need to formally redefine the contract. Of course, if the discussion does produce a truly hard requirement, this provides a mechanism and justification to go through that process.

Stay Focused: Don’t Just Buy (or Sell) the Kitchen Sink When all You Need is a Water Fountain

Universal testers generally end up with lots of features that are not used, and they nearly always require some per-project customization anyway. Realistically a true universal tester is a pipe dream. Now, that doesn’t mean there aren’t complex systems with lots of interrelated parts. Sometimes you legitimately do need a kitchen sink. If that’s the case, we’ll help you ensure that it will fit the cutout in your countertop.

Sometimes “risk” isn’t obvious. I was working on a system where I planned on using an established framework. It was freely available, and the licensing agreement allowed for commercial reuse without any issues. No worries there.

Then I started selecting a database. The plan of record was to use mySQL (it’s open source) but fortunately I realized early in the process that it is a GPL license, which means there are limitations in how it can be packaged and/or redistributed. We reviewed the commercial license agreement and discovered it wouldn’t lead to a cost-effective solution in this scenario.

So, I dug some more and settled on PostgreSQL instead. No problems. Because we had been planning on mySQL, however, I decided to run my implementation change (not a requirements change) past the customer and include the other licenses we were using for good measure.

It’s a good thing I did because they had an issue with the free framework that I had settled on. It was a proprietary license agreement that had provisions regarding assumption of responsibility for IP protection that they were not comfortable with.

Because I had brought this up early, we were able to resolve the concern without any problems. We could have ended up in a scenario where we delivered a finished system that didn’t meet the customer’s needs. Now, would it have technically met requirements? Maybe, but I’m not willing to consider passing on a technicality a sufficient result.

Create and/or Use Standard Libraries 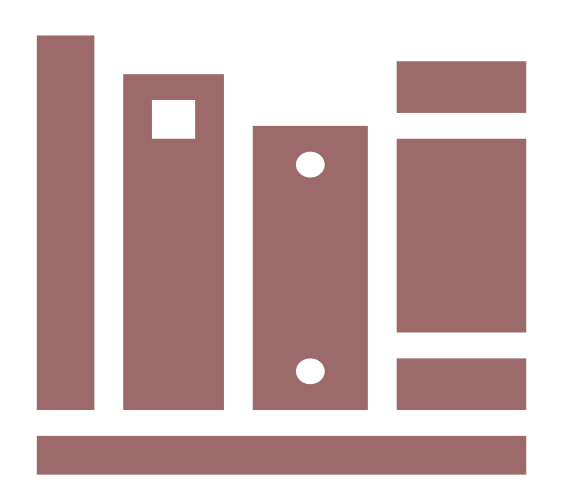 Plan for reuse. When all you have to do is assemble highly tested components in a standardized way, it greatly reduces the risk. This also facilitates the “stay focused” pillar because it makes it easy to choose exactly the components you want. That reduces effort (and therefore cost) to create a system. It also allows you to reduce risk even further because you can focus on building and testing the “new” elements first and just know the rest of it will come together.

Software Metrics Help Us Accomplish This

The above is nice, but my original intent when starting this post was to describe how we are ensuring everything I just described is true. So, without further ado:

There are four primary types of defects that I’m worried about.

Sometimes the first in in conflict with the second. We’ve all had those situations. Unfortunately, I don’t have an easy answer other than trying to catch it as early in the process as possible.

Regarding the fourth, refactoring is often considered part of iteration. Heck, even I (recently) used to think that was the goal. But it’s really not. We just want to be adding functionality, not going back and redoing what we already did. I consider any refactoring efforts to be correcting a defect.

First, let’s talk about the motivation for the measurements we care about.

Note that these aren’t really code metrics; they are project metrics. You’re here because you want to be better project managers, right? (All kidding aside, developers should learn to think like PMs. It’s served me incredibly well to do so.)

You should hopefully catch the majority of requirements errors or incompatibilities in the first two. I’m not going to discuss that here. The last two (or at least last one) are likely past the scope of what the average developer has visibility to.

Regarding the middle two, the key things to consider as we go along are

If it requires manual analysis, I won’t use it as a driving metric. Not to say that all tests have to be fully automated, but there cannot be any subjective elements. (Note, this is NOT the same as having to manually interpret what the metrics mean. I’m fine with that.)

For example, some things like “Number of key classes relative to number of support classes” make a lot of sense. There are absolutely some good motivations for such an analysis. But the chances of me and my colleague arriving at the same results is nearly impossible. That means either a) I have to personally do the analysis on every single project or b) I have to question the metrics generated. If I have to question the validity of the metric, then it’s not useful. I also don’t want to be the single point of failure for the process flow, so the first option isn’t viable either.

What follows is a list of measurements that I am either tracking or will be in the near future. Some of them I will elaborate on, others I will leave for future discussion.

The following are the ways I’m trying to ensure my monitoring is at least somewhat accurate:

A custom action creates "Code Climate" reports to indicate exactly which VI Analyzer tests, in which VIs have improved and which have gotten worse. GitLab then displays them natively in your merge request.

You may have noticed I snuck something in that last screenshot. If you head over to https://gitlab.com/hiller-measurements/ci-tools/code-quality-reporting you can find a LabVIEW CLI operation that I wrote which will generate all of the parameters in a code climate report that GitLab will parse. The code is all there and (hopefully) well documented. If you want to talk about it further, don’t hesitate to reach out! One thing to note… once you choose your tests for a given project, try not to add or remove them from the list. This will cause your numbers to float around a lot and make the data less useful.

You can also see an example of one our my CI pipelines here: https://gitlab.com/hiller-measurements/graph-tools.

The primary tools that I am relying on, other than the one above, are:

I’m not going to go down the full list of my “general” tests (see the previously referenced pipeline for an example), but I like the following categories in the shipping test set as a starting point.

There’s also a forum on ni.com devoted strictly to VI Analyzer. It’s a fantastic resource and I’m still finding new tests that I want to pull into my next project.

To be clear, a lot of what I’ve outlined above is still a work in progress. The tests are easy enough to write, but before I start running them, I want a mechanism to track changes over time, and display them in a useful manner. I have a tool in-progress that uses VI Analyzer and some manual inspection to get a lot of other metrics, and aggregates them for display, but it’s not done quite yet. More on that later…